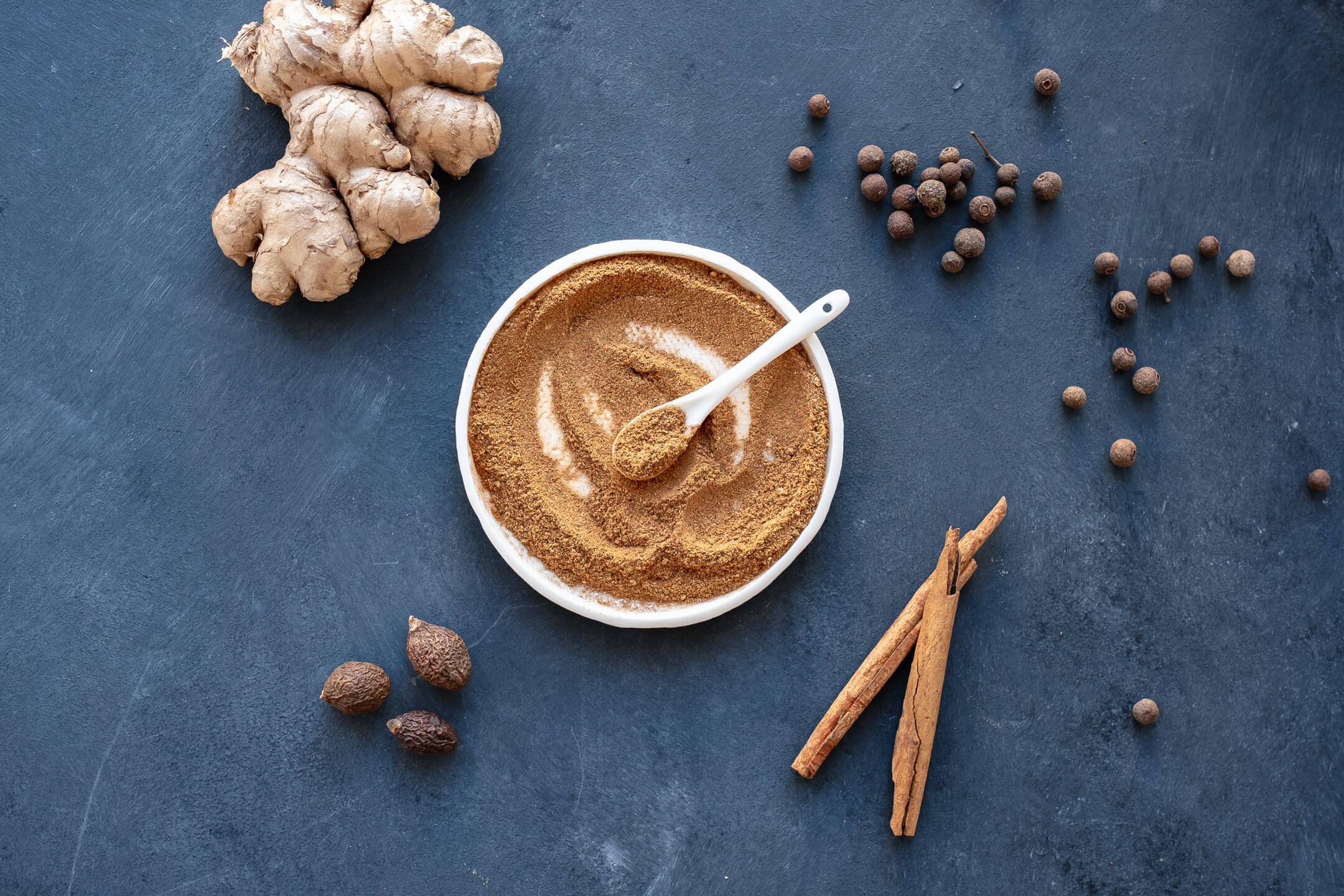 It is autumn, now almost Advent and the kitchen literally screams for Pumpkin Pie Spice. The mixture of cinnamon, ginger, nutmeg and allspice is now also available in Germany in well-stocked supermarkets but homemade I can mix myself exactly the mixture that tastes best to me.

So it’s worth experimenting a bit – as always!

Optionally, you can add ground cloves to the mixture, but they quickly taste very intense. Rather start with little (1/4 tsp) and increase little by little.

Is cinnamon the same as cinnamon?

Since the main ingredient in Pumkin Pie Spice is cinnamon, at least for me, it’s worth taking a closer look at cinnamon:

There are two main types of cinnamon: Ceylon cinnamon and Cassia cinnamon. Both varieties contain many antioxidants. Cinnamon is rich in potassium and can have a positive effect on both cholesterol and blood sugar levels. The big difference between the two varieties is their coumarin content.

Coumarin is a flavoring agent that can cause headaches, nausea and, in the worst case, liver damage in sensitive, pre-stressed and very young people in the event of an overdose. To do this, however, one must already permanently take large quantities (from 1 teaspoon per day up) of cinnamon. So if you are addicted to cinnamon, keep reading now!

Cassia cinnamon is the cheaper and lower quality cinnamon. It is mainly used in baked goods, teas and spices (such as store-bought Pumpkin Pie Spice) and has a high coumarin content. If the packaging says only cinnamon, you can assume you are buying cassia cinnamon.

So watch out carefully! Who, especially now in the winter and Christmas season, consumes a lot of cinnamon (and our household is definitely one of them), should buy and use Cylon cinnamon, because this is harmless to health, or only brings the positive properties.

How to use Pumpkin Pie Spice?

The finished spice blend is so versatile – you will love it!

… and of course there are no limits to your imagination!

Make your own Pumpkin Pie Spice !

Mix all ingredients and store in a dry jar.