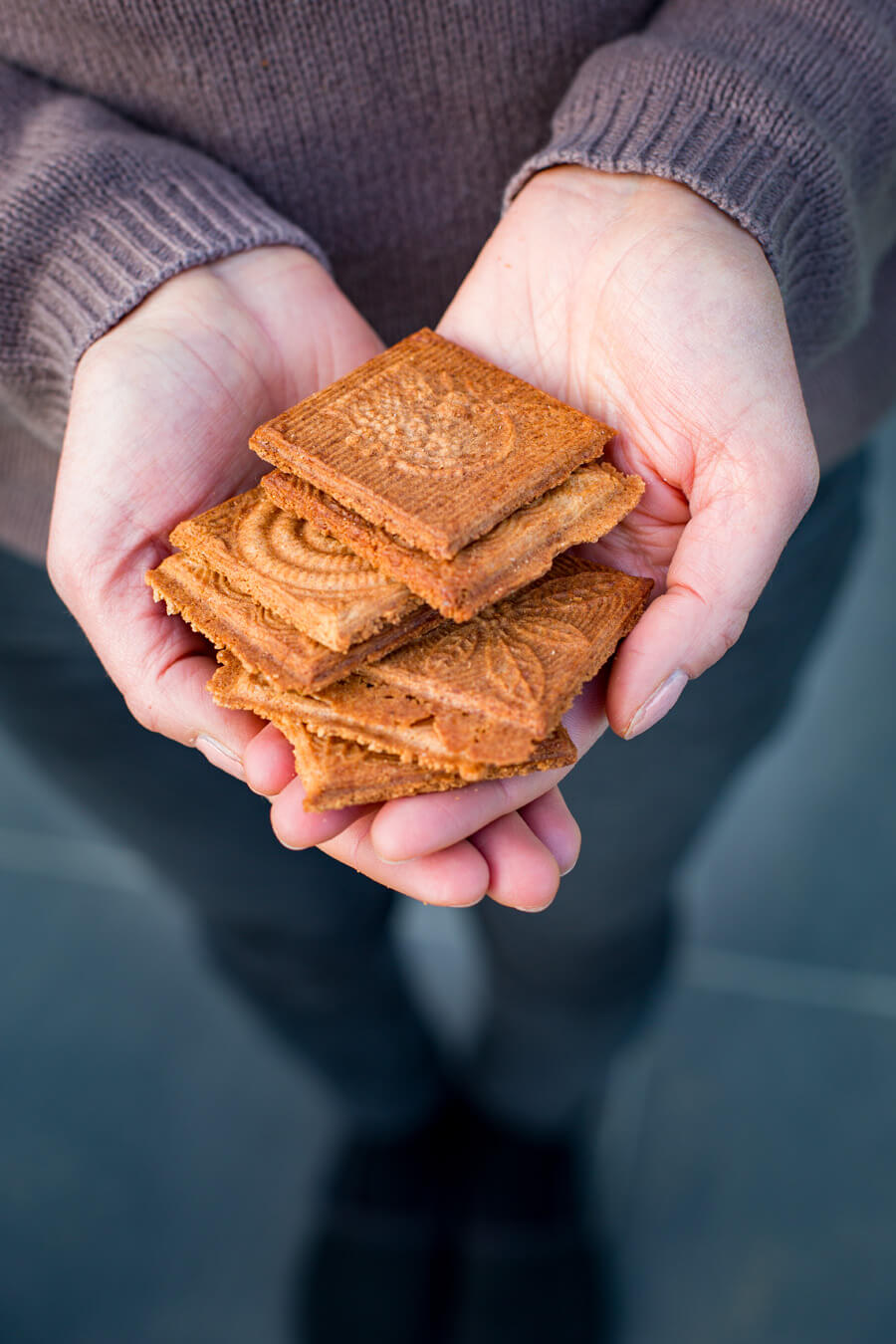 Advent season = christmas cookie season ist right around the corner! Wow, how can that be? I don’t know but I always have the feeling, time is running faster as soon as mid- November passed. What do you think?

We started our christmas cookie bakery last week. Traditionally with “Spritzgebackenes” and Gingerbread cookies. It is amazing how the older boys are now doing almost the whole process of baking on their own. They love to measure the ingredients, they love to handle the kitchen machine and of course they love to fill the grinder with the dough and start forming the cookies. I had again no chance to do some…

The gingerbread is sitting in a box, getting tastier and softer each day. We will decorate the big hearts for the family with icing later, but psst, that is top secret!

Today I show you an old traditional recipes from my husbands grandma. She made it in a real iron waffle iron on the stove, but today there are modern versions on the market. I have no idea if they exist Overseas, but I will show you the recipe anyway! 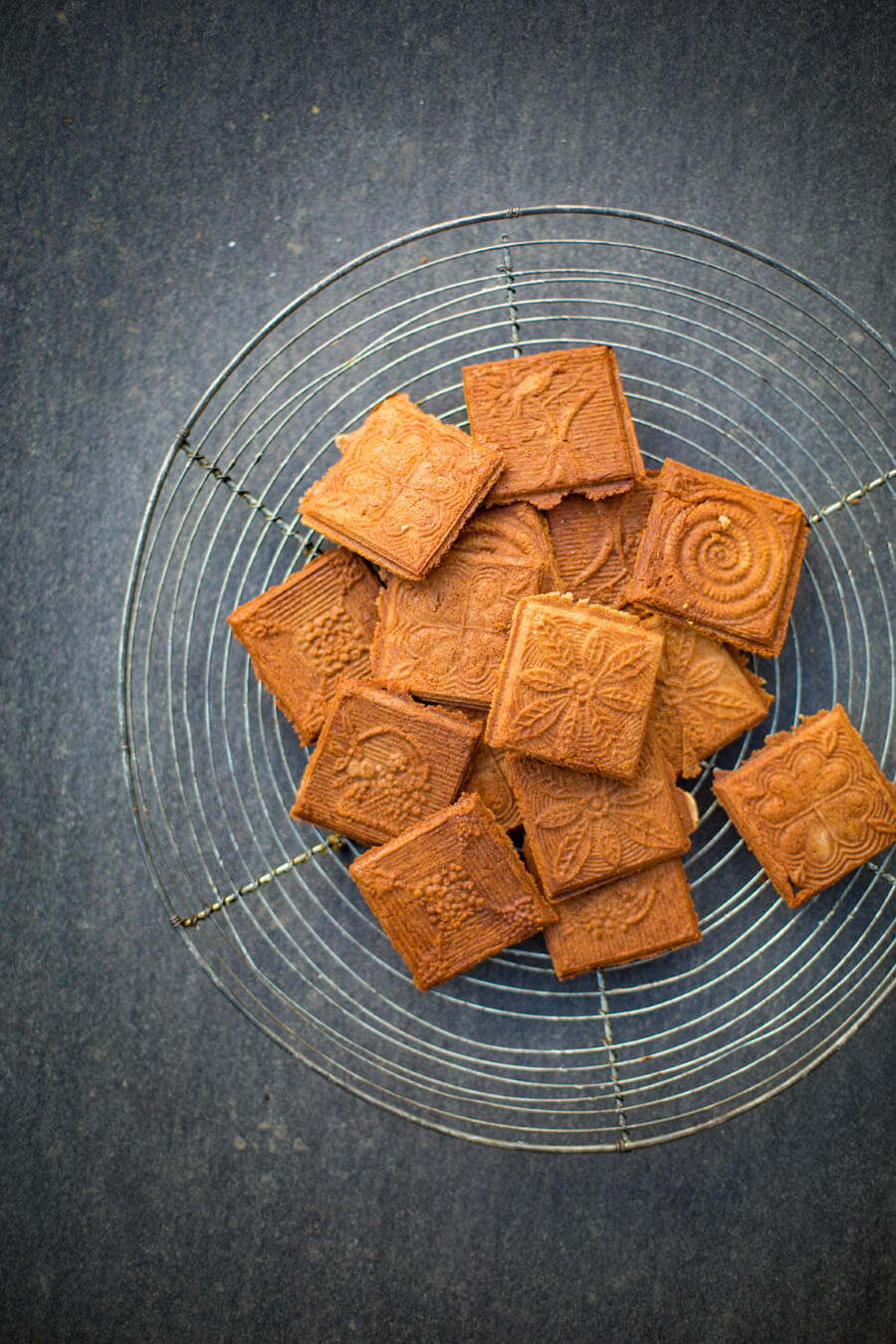 The dough is made quickly. If you have the time, let it cool overnight to get firm and to let the cinnamon infuse every single bit. We were impatient and startet after one hour already. It work out fine… You will get lovely crunch little waffles, so so good! 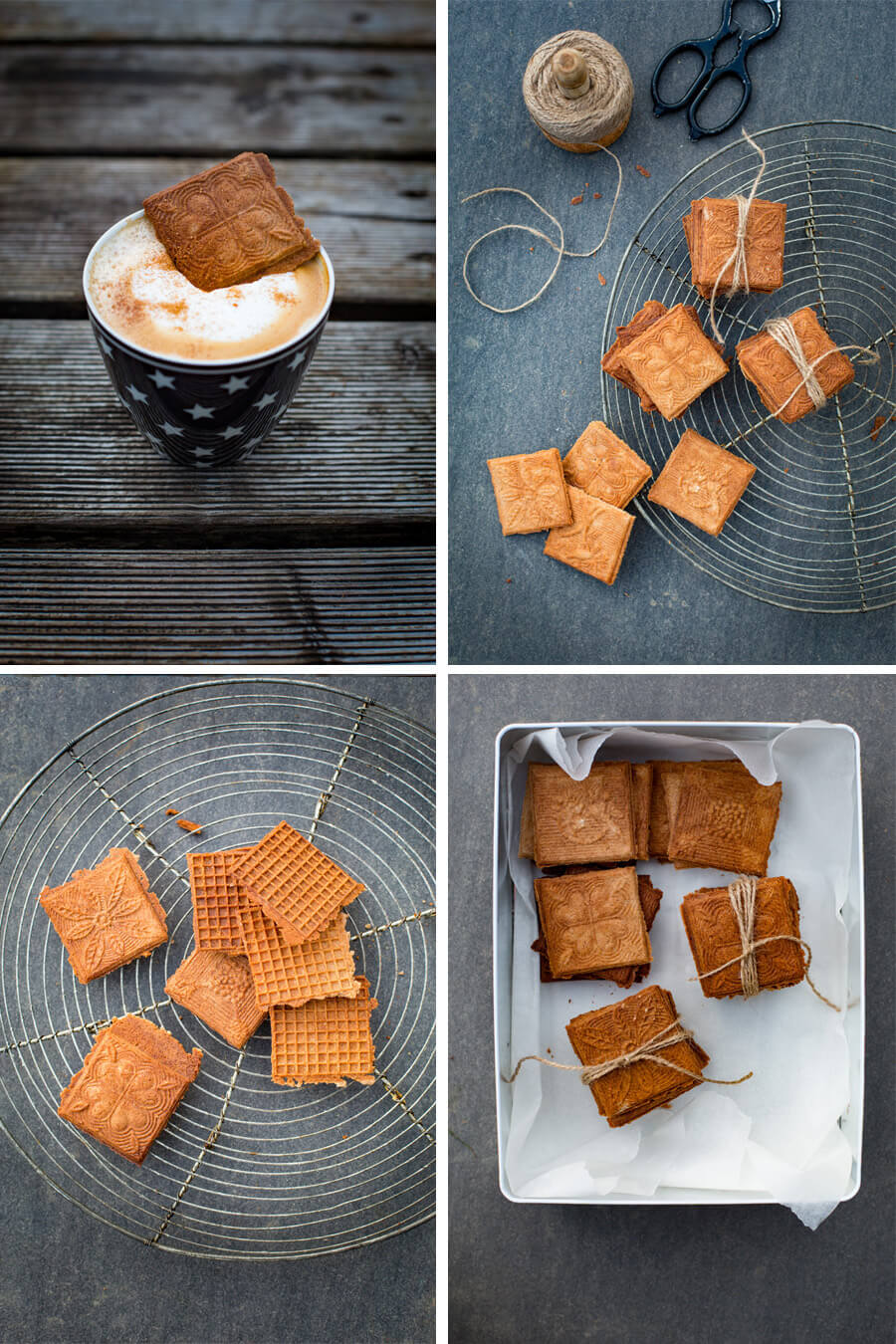 The flavor of the cinnamon will be all around the house once you start to bake. We took advantage of the terrace this year. It felt good to be outside as the air was getting colder and colder and you could almost smell the snow in the air ( well if there would not be the smell of the cinnamon….). 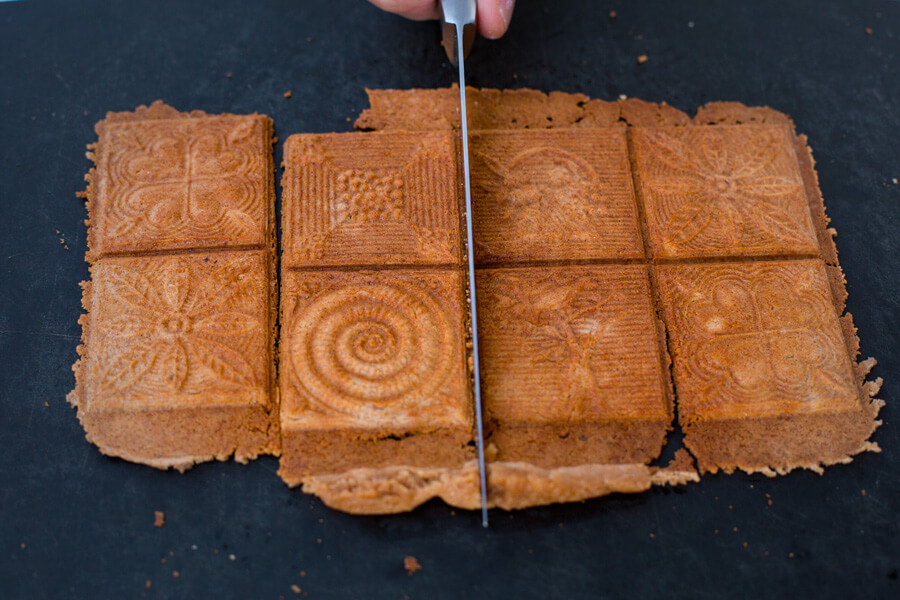 Of course you can make this beautiful waffles during the whole year. Leave away the cinnamon or substitute with vanilla and you will get perfect ice-cream waffles! 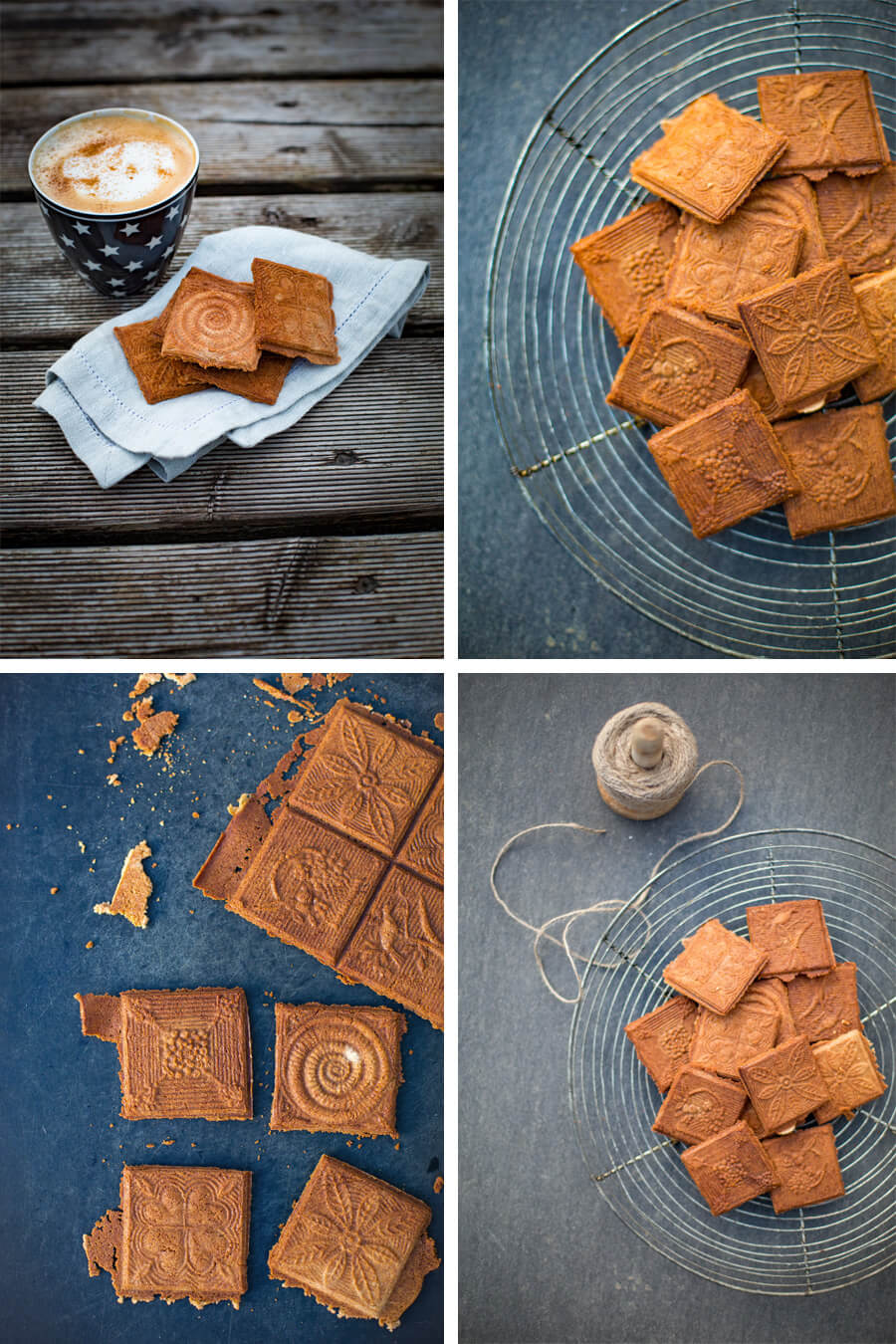 Cinnamon Waffles are also a very pretty little gift at this time of the year. They look beautiful and taste even better! I promise you they won’t last for long!

Measure all the ingredients and make a smooth dough out of it. Let cool overnight or at least 1-2 hours. Knead the dough once again and start to form little balls.

Preheat the cinnamon waffle iron and start baking them. Cut the waffles while still warm.